Afatinib, an EGFR-targeting inhibitor, is known as the second-generation EGFR-TKI, and is recommended in the NCCN guidelines with the first-generation (Erissa, Tarceva) TKIs as a clinical trial for patients with advanced NSCLC with EGFR mutations First-line medication. But very different from the first generation of medicine.

(1) The target of afatinib not only targets EGFR, but also inhibits the HER2 gene mutation and ErbB4 signaling pathway. Therefore, for patients with HER2 mutation detected in lung cancer, afatinib can be considered. Targeted medication.

(2) The binding of afatinib to the EGFR tyrosine kinase region is irreversible. Therefore, the effect of afatinib is greater.

(3) In a comprehensive study of LUX2 \ 3 \ 6, it was found that afatinib has significant inhibitory activity on rare EGFR mutations (such as Gly719Xaa, Leu861Gln, and Ser768Ile). This means that patients with this type of mutation have better first-line choice of afatinib.

The latest FDA approval decision in 2016 is based on the results of a study of 50 patients with ROS1-positive non-small cell lung cancer, whose tumors have extensively metastasized from their primary location. The results showed that tumors shrank or disappeared in 2/3 of the participants. This improvement lasted an average of 18.3 months. During this approval process, crizotinib was awarded breakthrough treatment, priority review status, and orphan drug designation.

Opdivo, common name nivolumab (navumab) is a new type of PD-1 inhibitor targeted anti-tumor drug launched by BMS. It is a blockbuster drug that is popular among people from all walks of life. It has been approved for patients with advanced metastatic squamous non-small cell lung cancer since 2014. It is suitable for patients who have platinum-based chemotherapy or whose disease has worsened after chemotherapy.

Keytruda, common name Pembrolizumab is a monoclonal antibody against PD1 introduced by Merck, and it is a strong competitor of BMS's Opdivo.

Keytruda was approved for second-line treatment of lung cancer after traditional chemotherapy in October 2015: In October 2016, the FDA approved Keytruda for first-line treatment of non-small cell lung cancer with high expression of PDL1 and no EGFR and ALK mutations. The batch is mainly based on data from a randomized, open, phase III clinical trial called keynote-024.

Tecentriq, commonly known as Atezolizumab, is a monoclonal antibody developed against PD-L1 developed by Roche-owned gene Tektronix. PD-L1 is a PD-1 ligand, and therefore it is compatible with PD-1 monoclonal antibody Opdivo Similar to Keytruda, Tecentriq's mechanism is also to block PD-L1 / PD-1 interaction.

In October 2016, Atezolizumab was approved by the FDA for second-line treatment of patients with metastatic non-small cell lung cancer, including patients who have deteriorated and progressed during or after platinum chemotherapy, have EGFR or ALK gene abnormalities, and are ineffective after other targeted treatments. patient.

FDA approval is based on the positive results of two clinical trial studies called POPLAR and OAK: POPLAR is a global, multicenter, open-label, randomized phase 2 clinical trial that evaluates Tecentriq compared to docetaxel Efficacy and safety in treating patients with relapsing locally advanced or metastatic NSCLC. Studies have shown that Tecentriq can significantly improve the median survival of the overall study population compared with docetaxel treatment.

Imfinzi (durvalumab) has a similar mechanism to T drug. It is a PD-L1 inhibitor introduced by AstraZeneca. On February 16, it was approved by the FDA for the treatment of unresectable tumors and non-progressive stage III non-small cell lung cancer (NSCLC) )patient. This immunotherapy has become the preferred option for reducing cancer progression. This is also the first FDA-approved therapy for this particular NSCLC population to reduce the risk of cancer progression. All patients had no cancer progression after chemoradiation. Durvalumab significantly improved progression-free survival (PFS) compared to placebo, with an average PFS of 16.8 months, compared with 5.6 months for placebo (that is, The risk is 0.52). On May 1, 2017, the FDA approved Durvalumab for the treatment of some patients with locally advanced or metastatic bladder cancer.

Cyramza, commonly known as Ramucirumab, is a fully human monoclonal antibody targeting vascular endothelial growth factor receptor 2 (VEGFR2). Its anticancer mechanism is similar to that of Avastin. Inhibits angiogenesis to prevent the proliferation and spread of cancer cells.

12In December 2014, the FDA approved Ramucirumab in combination with paclitaxel for the treatment of diffuse non-small cell lung cancer and NSCLC treated with other targeted drugs for EGFR or ALK mutations.

Approval is based on an international study of 1,253 patients with non-squamous cell and squamous cell non-small cell lung cancer from 26 countries on six continents, and found that Ramucirumab prolonged the overall survival of the placebo group by 1.4 months, except In addition, the median overall survival, average progression-free survival, and overall response rate were significantly improved.

Avastin, commonly known as Bevacizumab (bevacizumab), is an anti-vascular epidermal growth factor A (VEGF-A) monoclonal antibody that inhibits blood vessel growth in tumor tissues and enhances the efficacy of chemotherapy.

In 2006, the FDA approved Bevacizumab for the first-line treatment of advanced non-small cell lung cancer in combination with traditional chemotherapy drugs. This approval is based on a phase III clinical study called E4599. This study shows that after Avastin treatment, the overall survival of patients Improved by 2 months.

The launch of targeted drugs brings the gospel to lung cancer patients, greatly improving the survival and quality of life of patients. However, the application of targeted medicines must be reasonable, well-founded and cannot be used blindly.

Scan the QR code to read on your phone 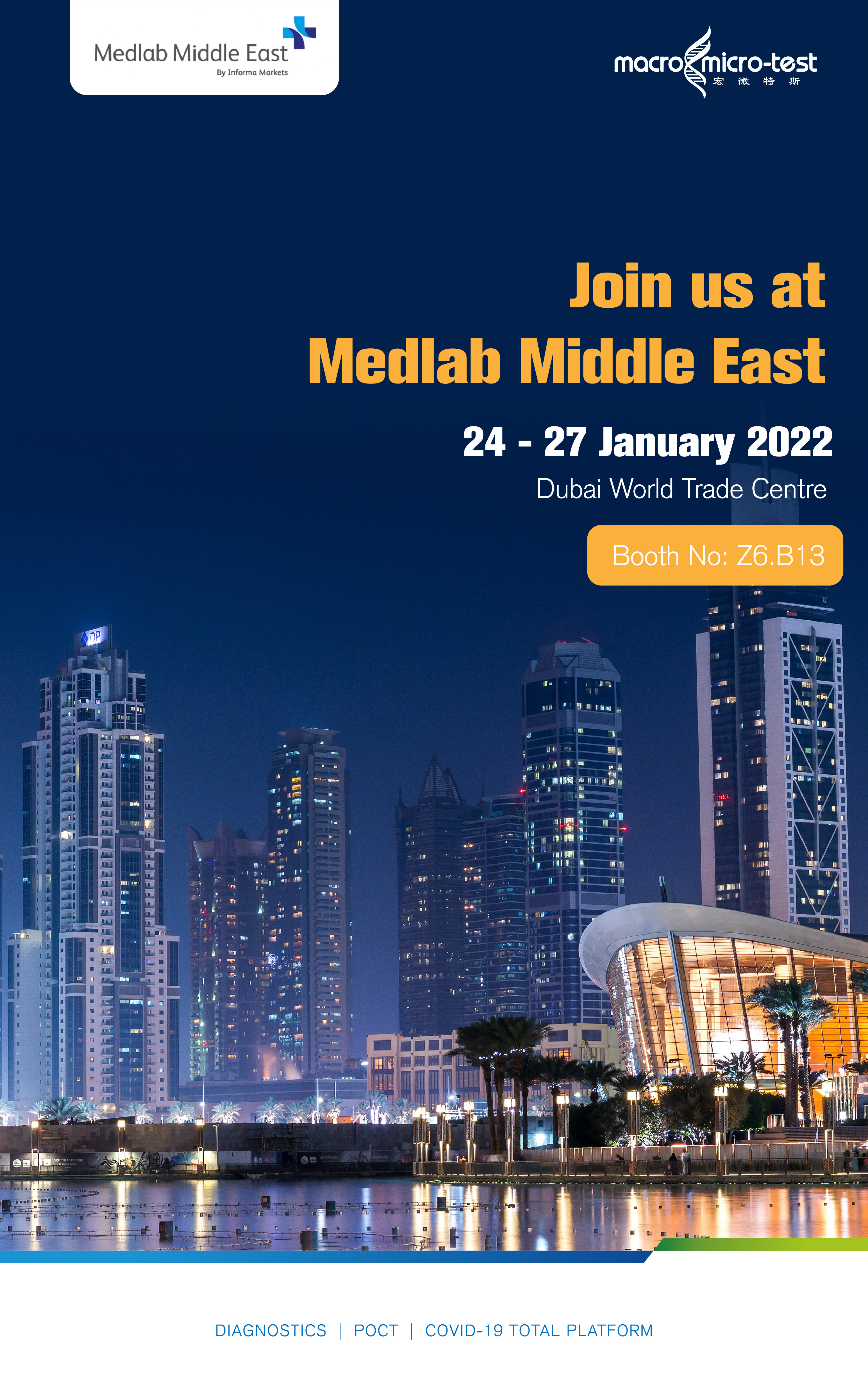 Join us at Medlab Middle East 2022 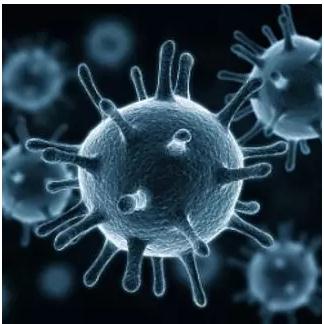 Macromicros launches hepatitis A virus nucleic acid detection kit
Hepatitis A is a liver disease caused by the hepatitis A virus. The main mode of transmission of the virus is ingestion of food or water contaminated by the infected person's feces with uninfected (unvaccinated) persons. The disease is closely related to unsafe water or food, poor sanitation, poor personal hygiene and oral-anal sex. 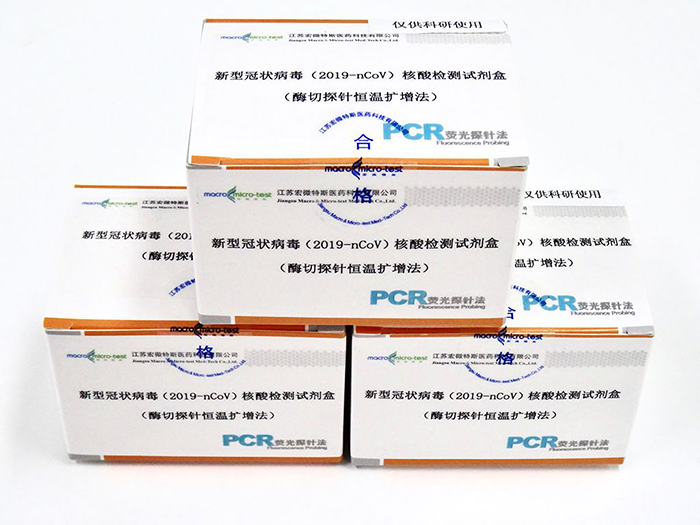 New Coronavirus 2019 nucleic acid detection kit
At the end of December 2019, cases of pneumonia of unknown cause continued to appear in some medical institutions in Wuhan. 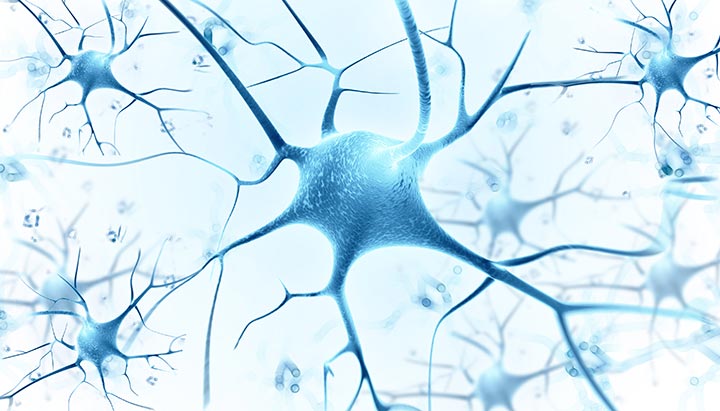